My brother and my "new" sister in law was kind enough to pick us up from Haneda airport and arranged for a cozy hotel room for our short stay in Tokyo nearby his place in Yokohama. Even though we were still full from the whole day of eating, my brother insisted we made a stop at a ramen shop before calling it a night. It was one of the best decisions of the trip. We split two bowls of ramen between us and they were one of the best ramen I've had! We had a bowl of pork based soup ramen that was just packed of flavor and a clear, salt based soup that had an addition of orange peel to the broth that added such unique taste to the broth. 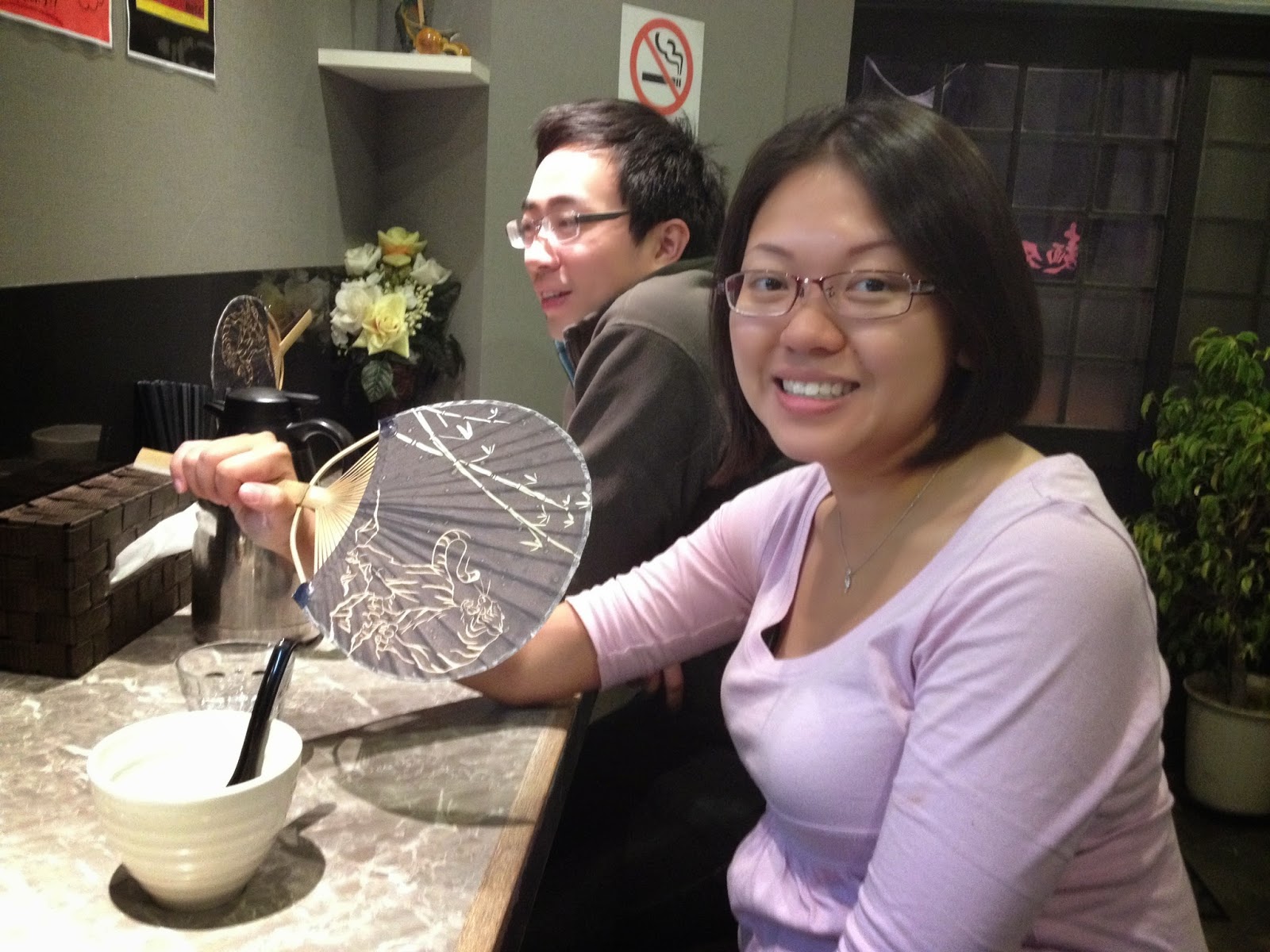 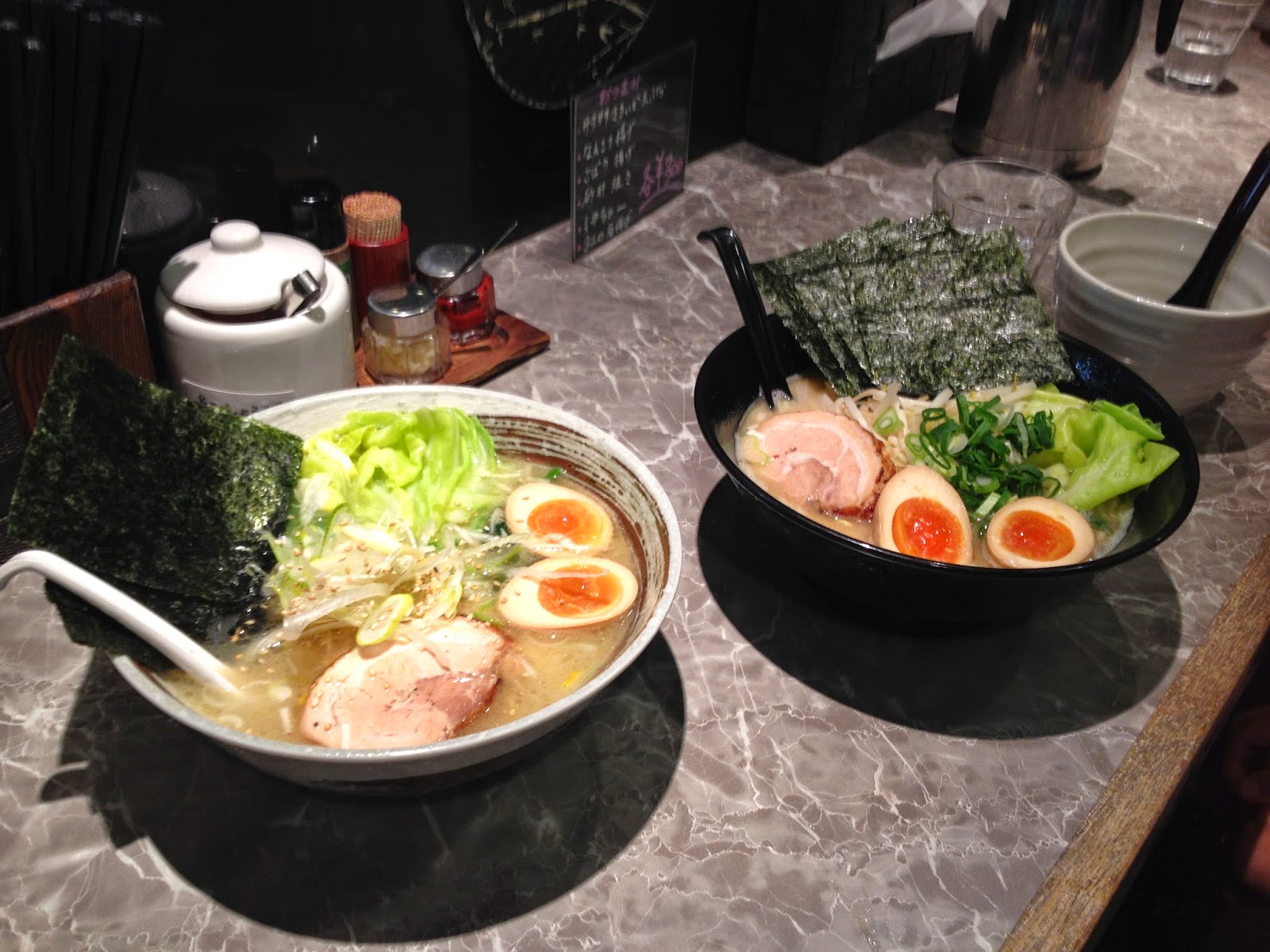 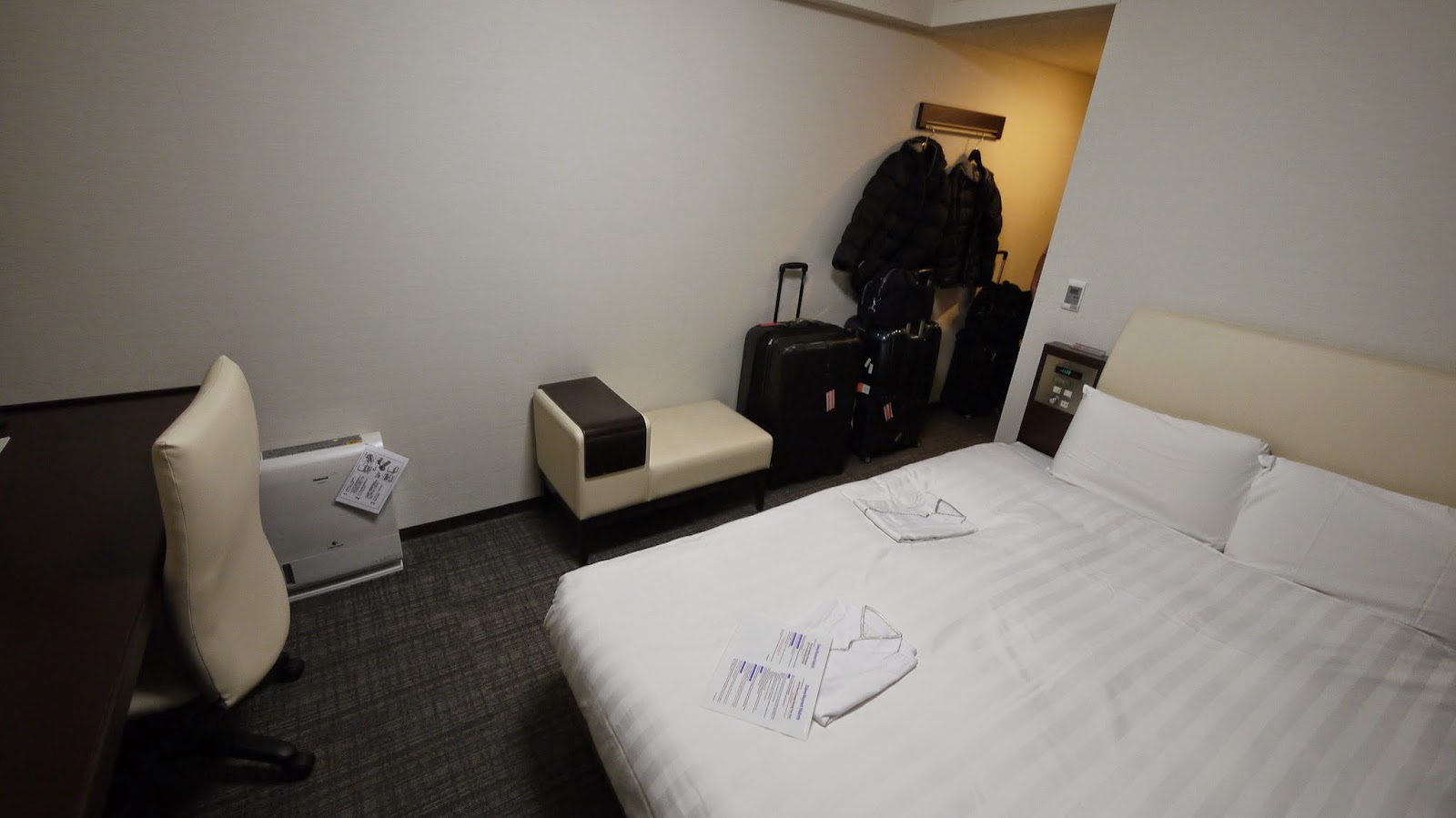 We killed the next couple of hours the next morning at a nearby mall just doing window shopping and trying as much food as possible before my brother dropped us off for the an hour and half bus ride to Narita airport. As usual, first class check-in was quick and efficient with the agent profusely apologizing that there were no more "couple seats" left which was not a big deal for us anyway. Since we had a ton of time to kill, we made a quick round through the landside shops and a stop for some duty free cosmetics before heading to the JAL first class lounge. 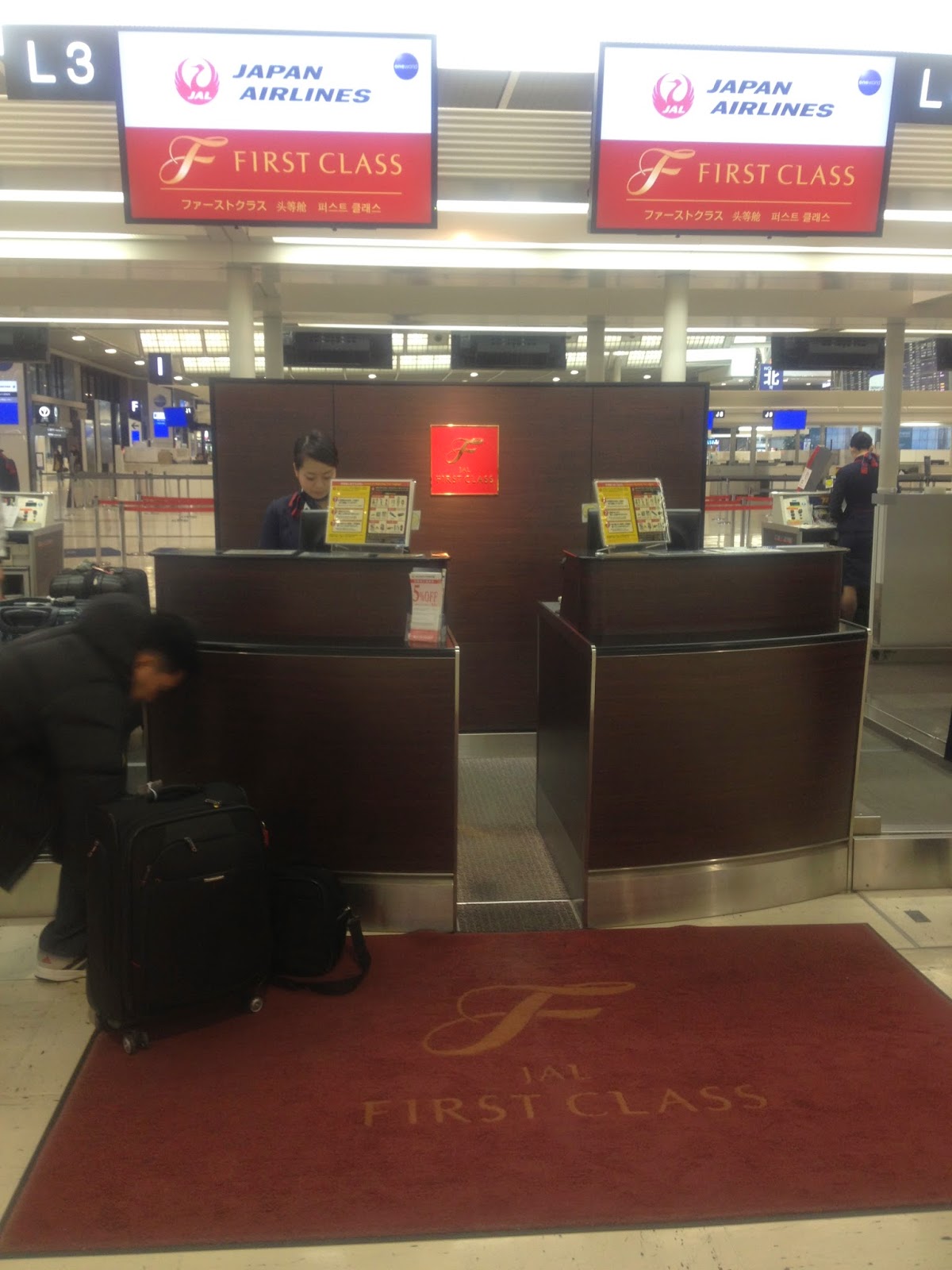 First stop in the lounge was the buffet for some lunch. The food itself was pretty ordinary for a first class lounge but I definitely enjoyed the Japanese curry. The drinks selection however was definitely first class with several decent wine and Japanese whiskeys. 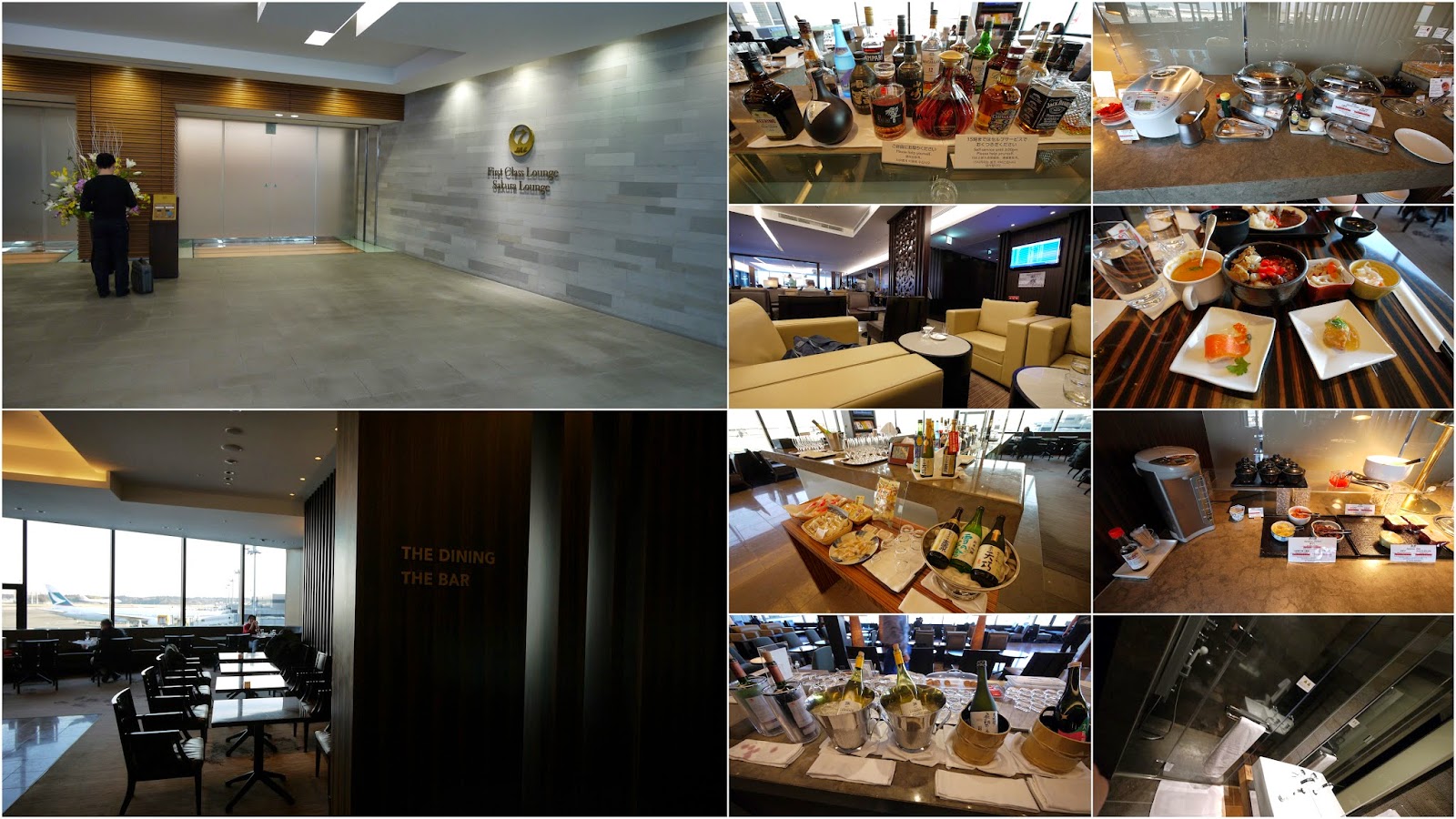 After lunch, there was just the right amount of time for the complimentary fifteen minute massage and a shower to freshen up before the 12 hour flight to LAX. The massage itself was rather mediocre and I would not make an effort to have one in the future.

We both had a window seat on the same side of the plane and we ended up liking this seat arrangment better than the "middle couple seats" since we got the windows for views, easy access to Lydia's seat to help her with luggage and stuff without having to make a round through the galley and best of all, we got to still eat together. 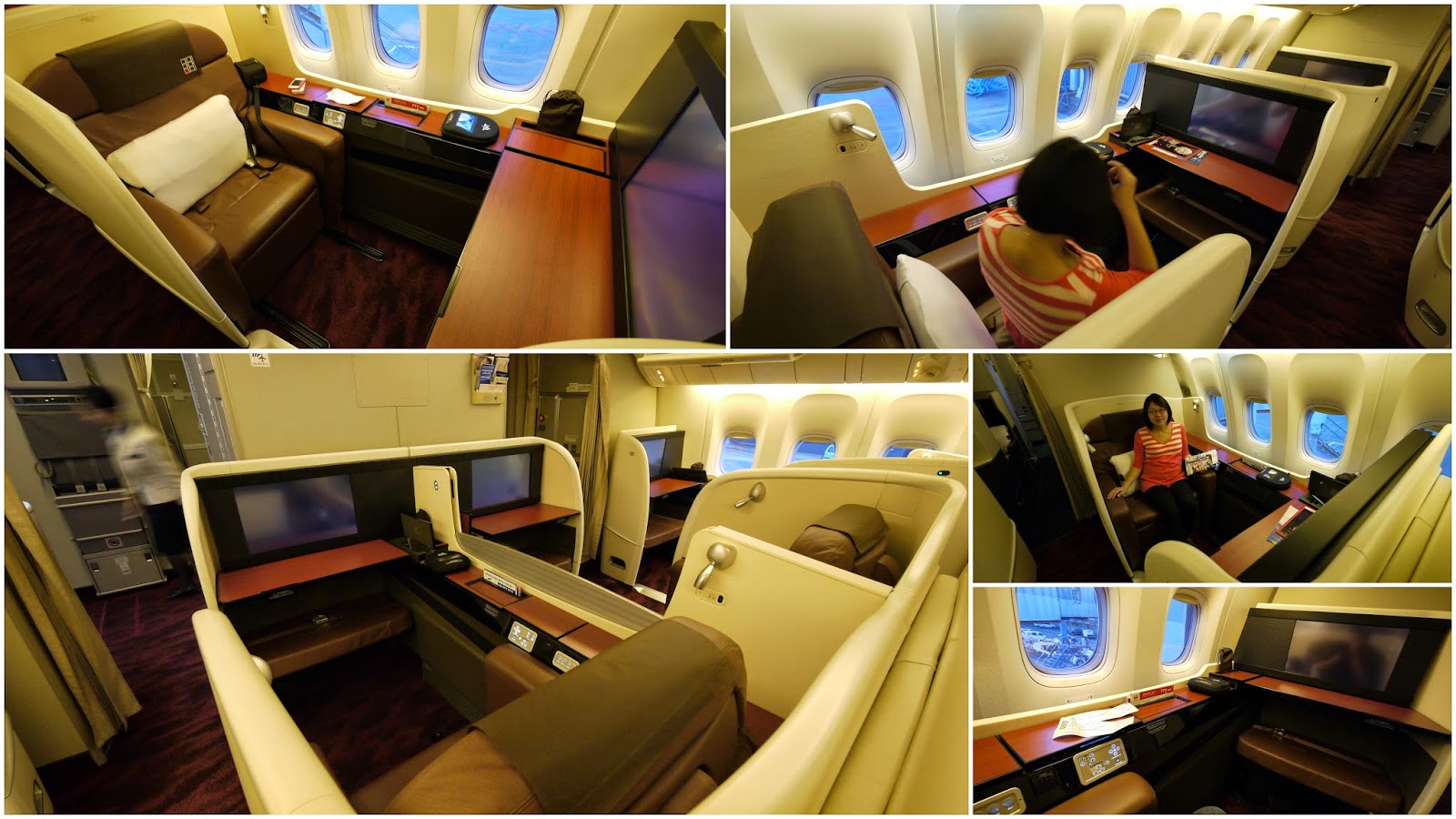 Since it was our first time on this cabin, we took a couple of minutes exploring the nooks and cranny of the seat. Everything was as expected of a first class cabin except for the space between the seat and the plane where it was just an ugly mess of cobwebs. 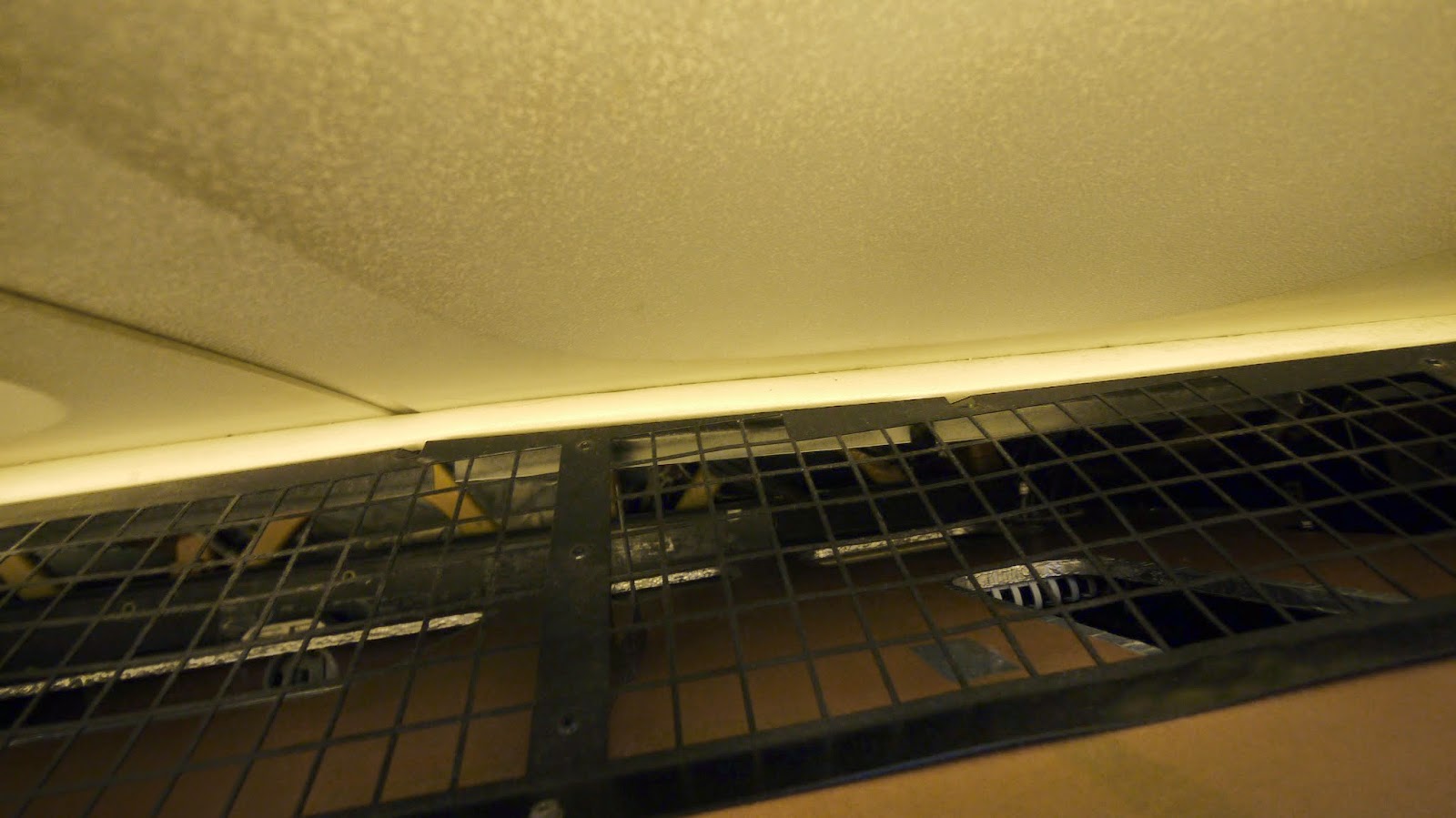 Prior to take off, the purser came around and introduced herself and brought over pajamas and a rather impressive Shisedo amenity kit. The only thing missing was a glass of champagne prior to taking off and I later learned that it was something Japanese airlines do not do due to to some obscure Japanese regulations. 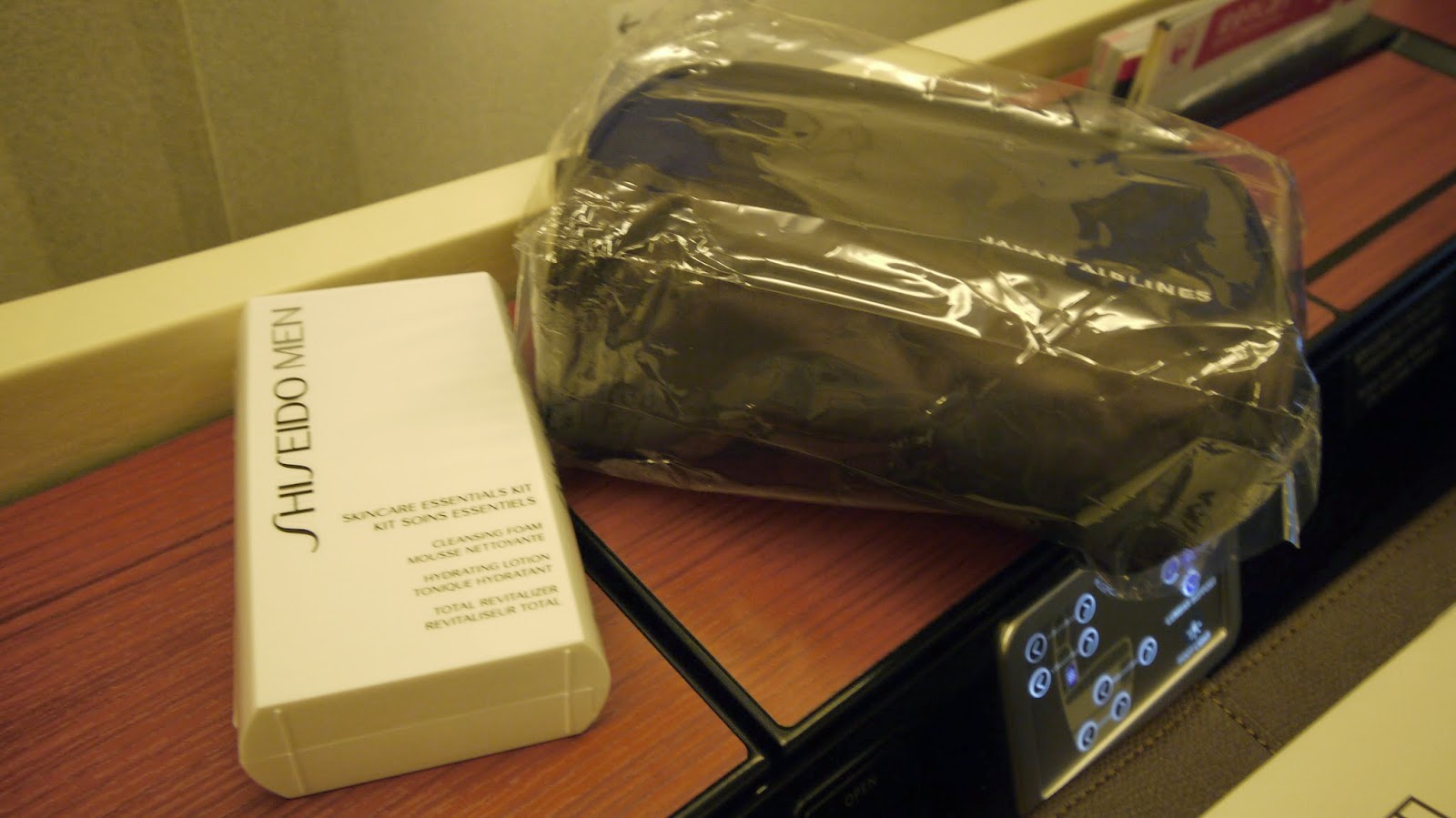 The drinks did start flowing once we got airborne. I had the champagne where as Lydia ordered the JAL"Sky Time" citrus based soft drink. I moved over to join Lydia in seat 2A once dinner was ready to be served. I opted for the Japanese selection where as Lydia chose the Western selection and a braise beef cheeks for her main course. 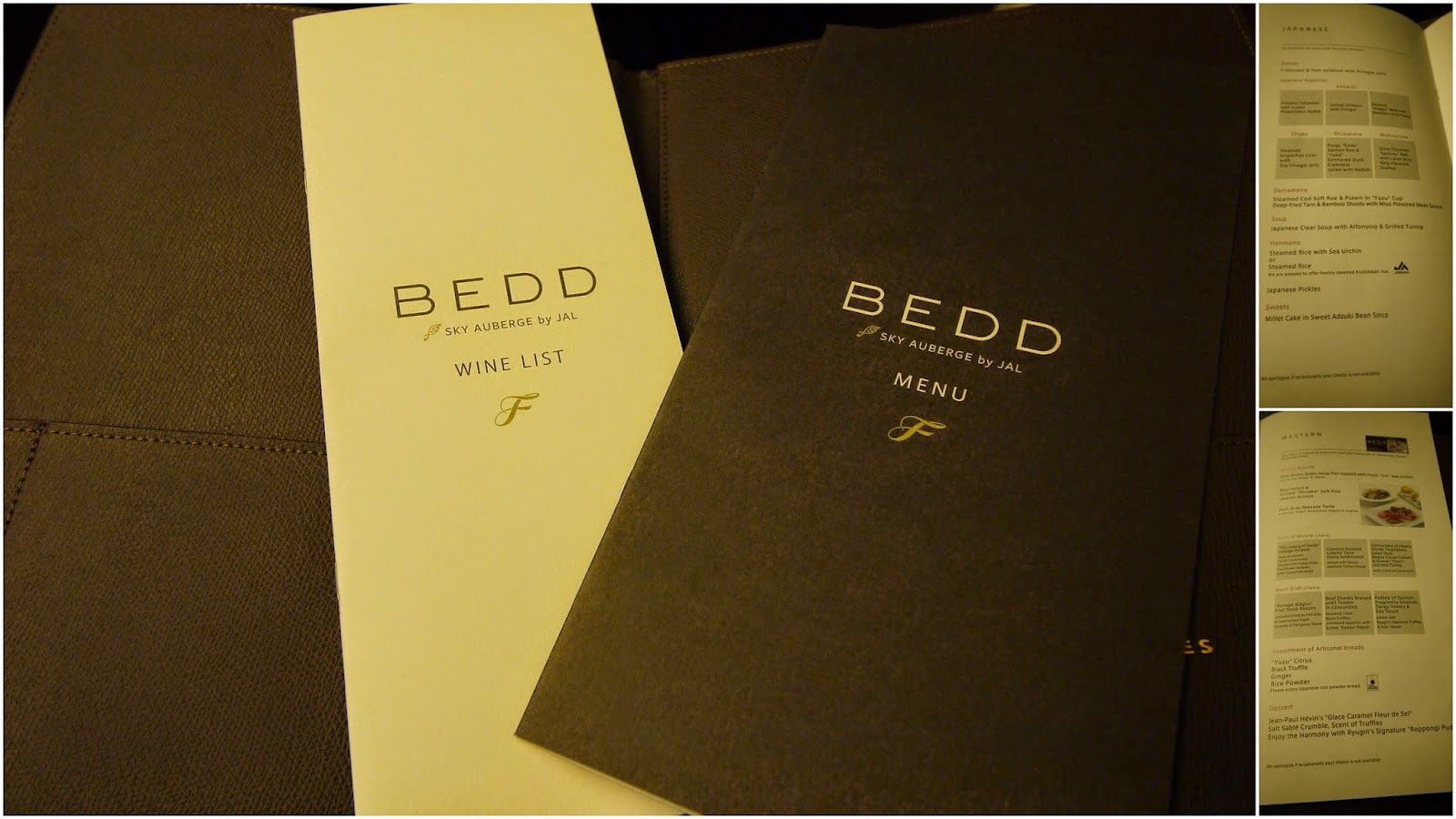 I'll let the pictures do most of the talking but I'll summarize and say that this meal was one of the best meals we've had on a plane. The food was modern, unique and most importantly it tasted good. The best part was western dessert of a pudding and ice-cream topped with a crunchy crumble. 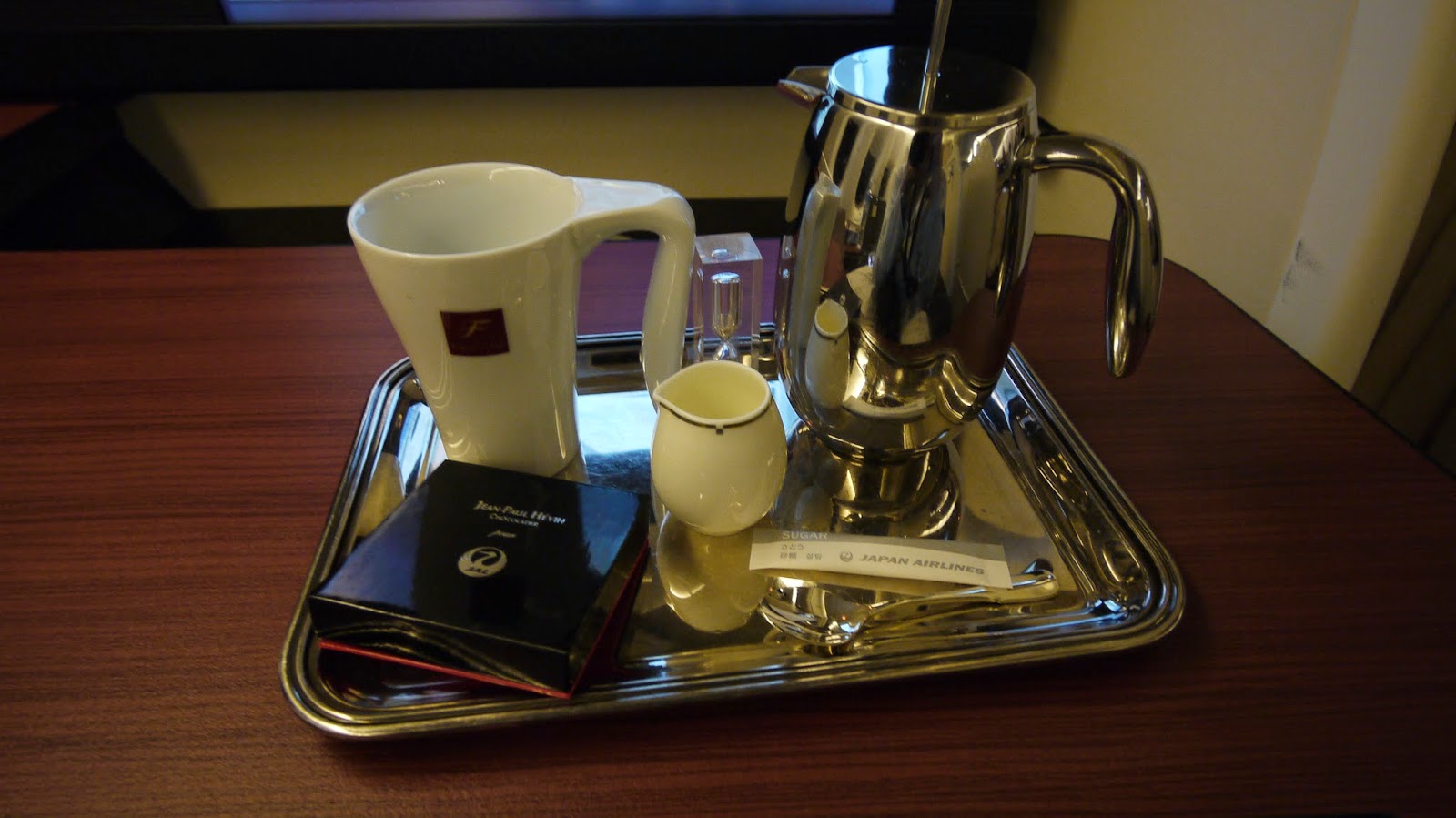 After three back to back movies, we were already flying off the west coast of the US and an hour or so from LAX. Time for a snack! It's been a long time since I had Japanese tea rice porridge with some yakitori and it hit the spot.

After a final cup of really Japanese green tea, we made our descent into LAX. As with international arrivals into LAX, we were lucky to get out of immigration within fifteen minutes since the queue only had the tail end of a Korean Air flight that arrived before us. For whatever reason, even the premium American Airlines security line was backed up causing it to take more than thirty minutes to get back airside after rechecking into Austin. Thanks to our Japan Airlines first class tickets, we were allowed into the American Airlines Flagship lounge before a final uneventful flight back to Austin
Posted by Calvin at 12:17 AM